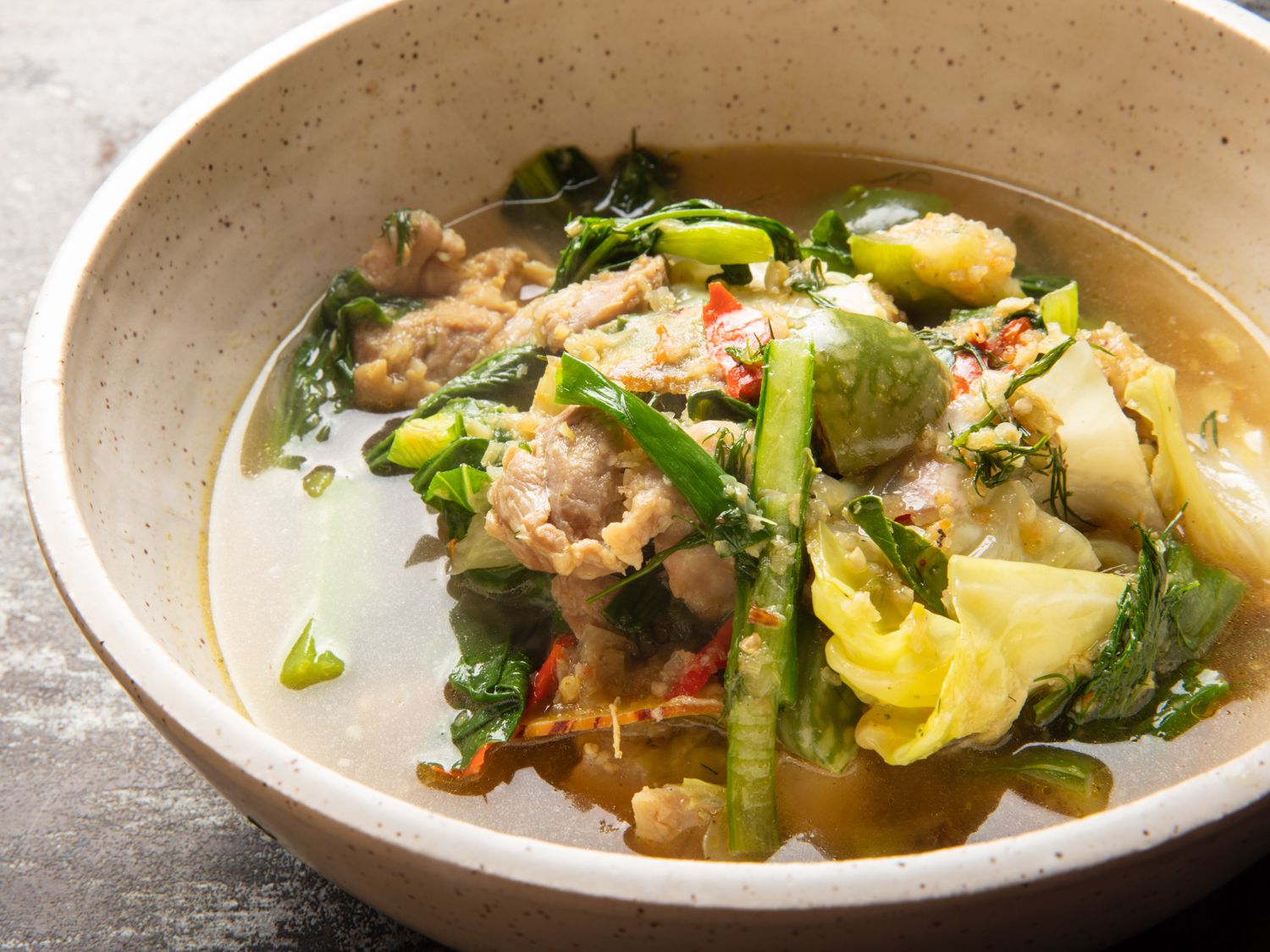 If you ask most fans of Thai food in the West what their favorite curries are, they’ll probably rattle off a list pretty quickly—red, yellow, green, massaman, panang—because they’re so ubiquitous that they’ve become as familiar as pho or sushi. However, for many people, they also happen to be the only curries they know, because they’re the only ones offered by most Thai restaurants.

That’s a shame because there are countless kinds of curry in Thailand, more than even someone born and raised in Thailand, like me, can ever fully know. There are curries that are popular throughout the country, like the ones listed above, but then there are others that are unique to each region, to each province, and there are even curries whose recipes are unique to specific families.

This guide isn’t just intended to introduce people to different kinds of curries; it’s goal is to offer a thorough explanation of what Thai curries are and what they can look like so that you can start making them at home with confidence. And, hopefully, with that added confidence, you can begin experimenting with them at home.

What is Thai Curry?

I don’t like to offer strict definitions for food, but what Thais call gaeng, which translates roughly to curry, is a dish whose primary source of flavor is a prik gaeng, or a curry paste. The other defining feature of a gaeng is that it has a significant amount of liquid, even if the category contains dishes that range from completely soupy toi just saucy.

A prik gaeng is simply a paste of ground up herbs and spices, the most important of which are the prik, or chiles. (To read more about curry pastes, what they are, and the many ways to make them, check out my guide to curry pastes.)

Gaeng can be one of our most humble, everyday dishes, but it can also be a part of a very fancy meal. They’re so much a part of the Thai diet that it wouldn’t surprise me if someone said they eat at least one curry for dinner every single day. For a multi-dish meal with family or company, a curry is often present; for a solo lunch, one of the most popular dishes is a plate of rice with curry on top, which you can get from street vendors and food courts anywhere in the country.

Even though the variations are endless, you can divide curries into two general categories based on what kind of liquid they use: coconut milk or water.

Gaeng Khiao Waan. This is the world-famous green curry. It’s a classic example of a coconut-based curry as the texture, consistency, and cooking method is similar to how most others are made. It uses a combination of coconut milk and water/stock, so the end result is creamy but still has a brothy consistency.

Gaeng Massaman. Richer and thicker than green curry, massaman is loaded with dry spices and is usually paired with slow-cooked meats like dark meat chicken and red meat, and it always contains some type of potatoes and onion; it’s like an extremely aromatic stew.

Nam ya. A curry few people know, nam ya is an herbaceous sauce that’s poured over rice vermicelli known as kanom jeen; it’s kind of like a pasta dish. Unlike other curries, nam ya doesn’t have pieces of meat and fish in the curry, but cooked and mashed fish is added to the curry to thicken it, which helps it to cling to the noodles. The vegetables that accompany the curry and noodles are served on the side.

While it may be surprising to some, curries can sometimes look like soups; since they have no added creamy ingredient and sometimes don’t even have any added fat, they can also eat like soups. So it’s fair to wonder what the difference is between these curries and our soups.

Let’s go back to our definition of a gaeng. One of its defining qualities is the presence of a curry paste. Soups don’t use pastes; instead, soups are made by simmering large pieces of aromatics and herbs, like lemongrass, galangal, makrut lime leaves, chiles, etc., to infuse broth with their flavor; once cooked, the aromatics and herbs aren’t eaten. A curry may use exactly the same ingredients as a soup, but since those ingredients are finely ground into a paste, they become a part of the sauce. Even the lightest, most soup-like, water-based curry is going be slightly thicker than a soup because of the paste.

One important note: When I say “water-based,” I don’t necessarily mean these curries must be made with water; you could also use stock. In fact, if you’re using quick-cooking, boneless proteins, you absolutely should use stock, for the extra body and flavor it provides.

Gaeng Som. “Som” means orange, and refers to the color of the broth, but it also refers to the sour taste the curry is known for. This is one of the most popular water-based curries in Thailand because it’s so simple to make. The Southern version is called gaeng leuang (literally “yellow curry”), and it gets its characteristic color from turmeric. Because of its sour flavor profile, it’s most commonly paired with fish and seafood, but that’s not a rule.

Gaeng Om. A specialty of the North and Northeast, gaeng om is a light curry that’s loaded with fresh vegetables, like Thai eggplant, squash, and cabbage, but the unique thing about gaeng om is that it uses dill, an herb rarely seen in other Thai dishes. Pla ra, a fermented fish paste, is also added for saltiness and funk.

Gaeng Kua Dtai. Hailing from the South, gaeng kua dtai is anything but light because it’s cooked down until it has a “saucy” amount of liquid. Typically made with halved pork spareribs, the fat from the pork also adds to the richness. The paste is similar to a red curry paste except it has a ton of chiles, turmeric, and black pepper.

Gaeng Pa. Literally “jungle curry,” this is perhaps the most well-known water-based curry in the West, though versions found in North American Thai restaurants are rarely “fully loaded.” “Jungle” refers to the abundance of herbs that the curry is typically garnished with, which makes it look like you’ve thrown the entire jungle in the bowl. It’s relentlessly spicy and uses a paste similar to red curry but with the addition of fresh chiles.

How to Experiment with Thai Curries at Home

If you’re new to Thai curry-making, I suggest first making various types of traditional curries so that you have a good idea of the range of methods, ingredients, and flavors. You’ll also get to know combinations of ingredients that “work.”

But with this article, along with the complementary article about Thai curry paste, you should have a good idea of the basic building blocks of Thai curries. When making your own curry, you have to decide on a few things:

With this structure you can create a custom-built curry that’s unique to you. The only thing I’d encourage is that you stick with Thai ingredients, to keep the flavors authentic, and to be mindful of richness when picking meats and vegetables. For example, if it’s a heavily spiced, rich curry, don’t pair it with delicate fish and tender greens. Choose something that can hold up to the richness.

What you create may not be a “traditional” curry, but don’t worry. Thai people ad lib their curries all the time, using whatever’s in their kitchen. Sure, you may not end up picking a combination that works well every single time, but that’s what experimentation is all about!